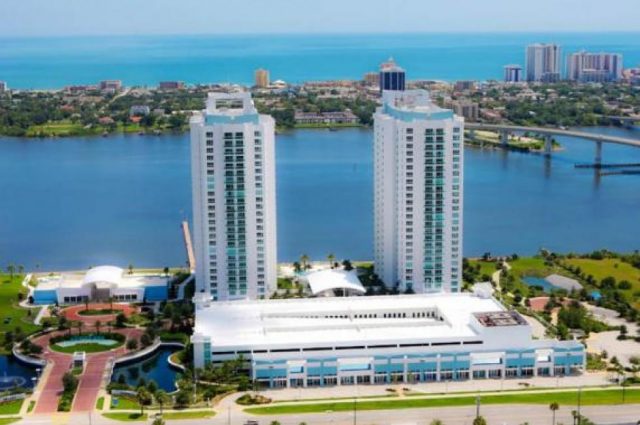 Condo sales are hot as the seller’s market continues

The pace of single-family home deals continued to lose momentum across South Florida in September, but deals in the regional condo space kept a steaming pace, according to the last data from Florida Realtors.

Single-family home deals in the tri-county area dipped 8.5 percent to around 4,000, compared to September last year. The median price still climbed with a 14.6 percent increase to just over $400k.

After the volume grew each month for the first seven months of 2021, single- family home deals in South Florida have now fallen two months in a row. And the drop in September was more than in August.

This could be the launch of a trend that makes challenging conditions for buyers to find deals, but there are still deals to be found! Click here to search all of our South Florida properties for sale.

The condo and townhouse demand in South Florida was a fully different story, with a 22.3 percent swell. The median deal price jumped 20.9 percent to $266k.

Still, deals of homes for over $1M increased 31 percent. Active listings were down 27 percent, so it looks like a seller’s market with little buyer inventory to choose from.

Deals of condos and townhouses in Miami-Dade soared 45.2 percent while the median price jumped 24.5 percent to $330k. Cash deals dominated as they increased 71percent. On the luxury side, deals of $1 million-plus units almost doubled with a 97% increase. A year ago there was an oversupply of inventory, but now it’s a seller’s market. Click here to see all of our current Miami Beach Condos for sale.

Broward sales of condos & townhouses increased 13.7 percent while the median price climbed 12.1 percent to near $215k. Not surprisingly, cash deals grew by 41 percent. Deals of units for $1 million and over more than tripled with a 208 percent increase! Active rosters fell 52 percent, so it’s a seller’s market with about two month’s inventory supply.

“With the trend of low interest rates, climbing sale prices, and stiff competition to contract, buyers are working against the clock to buy in all the excitement,” said Karen Johnson, president of Broward, Palm Beaches & St. Lucie Realtors. “The sky is the limit for South Florida with buyers continuing to move to the area as new infrastructure and construction opportunities arise.”

In Palm Beach County, single-family home deals declined 16.9 percent to 1,450, while the median price increased 17.5 percent to $right at $470k. Luxury home deals cooled, with an increase of only 4 percent in the $1M-plus arena. Active rosters fell 43 percent, and inventory amount declined to 1.4 months. With so little inventory, it’s not surprising that home sales have slowed.

Condo & townhouse deals in Palm Beach County were up 9.8 percent to 1,380 while the median price climbed 19.5 percent to around $246k. Deals of units for over $1M were up 19 points. Active rosters dropped 62 percent, so again we see a seller’s market with a 1.4 month inventory.